These 15 Black history museums across America will help you build a more accurate and intimate understanding of the country’s past, present, and future.

Across America, particularly in the South, Confederate flags and ill-conceived monuments are coming down to make space for symbols and statements that promote more equitable ideals and reflect more honest histories. During this long-overdue advancement of the public consciousness, you’ve heard a lot about what hasn’t been productive in our communities, or even true in our education and experience, but where can you turn for a dose of reality? The National Museum of African American History and Culture in Washington, D.C., is a monumental repository of Black history well worth a visit whenever possible, but there are plenty of smaller museums across the country that tell more intimate tales of the struggles and triumphs of Black Americans, famous or otherwise. These more localized venues often provide better access to docents and guides (with far smaller crowds) helping you connect with exhibits and displays more personally and gain a better historical foundation as we come together for a balanced future.

1 OF 15Black History Museum and Cultural Center of Virginia

In its new location in the recently-restored Leigh Street Armory, the Black History Museum and Cultural Center of Virginia tells the stories of Black Virginians and their impact on both state and national history. This modern museum in the former Confederate capital puts equal focus on multigenerational education with interactive digital displays, including several designed specifically for children. An original Woolworth’s sign crowns an exhibit recalling the sit-ins in Virginia and across the South, while both traveling exhibitions and the works of local artists fill the museum’s second floor. 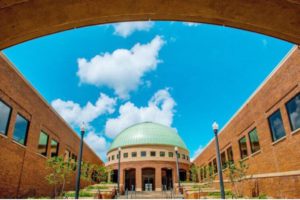 Few cities are as connected to the struggle for civil rights as Birmingham, and an entire Civil Rights District spotlights the area’s tumultuous history while encouraging a fair future. The Birmingham Civil Rights Institute is a member of the Smithsonian Affiliations program, giving it access to long-term loans and traveling exhibitions from the nation’s most revered museum collections. With a clear focus on the Civil Rights Movement, one of the museum’s most popular exhibits is The Oral History Project, which preserves and presents the voices of those who lived the realities of the experience.

Part of the U. S. Civil Rights Trail, the African-American Panoramic Experience (APEX) Museum aims to accurately interpret history from the Black perspective and present African-Americans’ contributions to both the country and world. Permanent exhibitions include “Africa the Untold Story,” covering 6,000 years of African culture, and “Sweet Auburn Street Pride,” which is dedicated to local heritage from Atlanta’s earliest African-American pioneers through today. Additional exhibits change quarterly and, while this is the oldest Black history museum in the Georgia capital, the neighborhood is home to several others that build on the educational experience.

Located at the site of the original Woolworth’s sit-ins of 1960, the International Civil Rights Center & Museum is a 30,000 square-foot facility that serves as an archival repository, an active collecting museum, and a teaching center in Greensboro. The infamous lunch counter replica is the main attraction here, but plenty of additional experiences and exhibits provide a fuller story of this seminal moment in the Civil Rights Movement. Don’t think this museum is solely devoted to a single event, though: The Hall of Shame presents a blunt display of violence perpetrated against Civil Rights defenders across the nation, and other exhibits explore the roles of various community organizations during the movement.

The first Black history museum in the United States to be fully funded by a major city, The African American Museum in Philadelphia features four galleries of history and art, including the permanent exhibition Audacious Freedom, which explores the roles of African Americans in the city during the country’s first 100 years, including the period when Philadelphia was the nation’s capital. Housing more than 750,000 items for display and research, AAMP’s collection and exhibits, both permanent and temporary, focus on the three themes of The African Diaspora, The Philadelphia Story, and Contemporary Narrative.

Museum of the African Diaspora

Originally developed under a San Francisco city mandate to include a dedicated African-American cultural presence in a new development in Yerba Buena, the Museum of the African Diaspora highlights African migration throughout history and across the world. The museum focuses on four themes—origins, movement, adaptation, and transformation—in its mission to celebrate Black cultures of the past and present while fueling important conversations through contemporary art. Like many top museums on this list, MoAD is a Smithsonian Affiliate.

This one holds several impressive records. The Museum of African American History is not only the largest African American history and culture museum in New England, but its exhibits are displayed in two restored, neighboring buildings with records of their own: The African Meeting House is the oldest Black church building in the country and the Abiel Smith School is the country’s oldest building built as a Black public school. The focus here is primarily on the lives and experiences of African New Englanders and revolves almost exclusively around the history of the buildings themselves, but there are additional rotating exhibits upstairs.

The National Civil Rights Museum in Memphis is actually a complex of buildings surrounding the Lorraine Hotel, where Dr. Martin Luther King, Jr. was assassinated in 1968. The collection includes more than 250 artifacts among the resources it uses to explore the fight for civil rights from the days of enslavement through today, with a strong emphasis on the work of Dr. King. While two of the most popular items on display here are the gun and bullet used in the assassination, don’t overlook the impactful stories told by the museum’s other displays.

INSIDER TIPVisit Jacqueline Smith, who has been protesting across from the hotel each day since her eviction in 1988, for another perspective on Dr. King’s legacy.

Home to the world’s largest permanent exhibit of African-American culture, the Charles H. Wright Museum of African American History houses more than 35,000 artifacts in a behemoth 120,000-square-foot space in Detroit. Among the items on display in its several galleries are the Harriet Tubman Museum Collection and the Blanche Coggin Underground Railroad Collection, alongside a library and theater that collectively host more than 300 annual public programs under its glass-domed rotunda. It shouldn’t be a surprise that more than half a million visitors come here for culture and perspective each year.

INSIDER TIPIf you visit in August, you may catch the free African World Festival, with three days of celebration honoring the African diaspora.

While Ohio may not be the first state that comes to mind when you consider the Underground Railroad, it played an important role in the lives of thousands of enslaved people who crossed the Ohio River into northern territory, often before heading to more certain permanent freedom in Canada. Today, Cincinnati is home to the National Underground Railroad Freedom Center, devoted almost entirely to presenting the history of the covert network of safehouses along the path to freedom, and it strives to support a wider mission to “abolish human enslavement and secure freedom for all people.”

Tremé is the oldest surviving Black community in the United States, predating the country itself. Since 1775, the New Orleans land that would ultimately become the neighborhood of Tremé has been primarily Black-owned, and lays claim to the first Black daily newspaper and the first civil rights movement. Today, the New Orleans African American Museum displays both permanent and temporary art exhibitions that promote Black contributions to the city and state, both as enslaved and free people throughout all stages of the area’s complex and rich Black history.

The 10,000 square-foot Natchez Museum of African American History and Culture was originally devoted to the exploration of Black history and culture not just here in Mississippi, but throughout the entire Southern United States. Still, a strong Natchez narrative runs throughout, with several exhibits devoted to the city’s defining moments and prominent Black residents, with most tales told through a local lens. The museum also hosts contemporary events like the Natchez Hip Hop Summit, launched in 2016.

The DuSable Museum of African American History was launched in the early 1960s as a re-education center to fill the void of Black history in American education. Since then, its successful model as an educational tool and community-development center has been replicated in major cities across the country. The permanent collection contains more than 13,000 artifacts spanning historical and cultural influence across generations of United States history, including the personal possessions of many famous Black Americans.

The intimate Black American West Museum & Heritage Center, housed in the former home of Colorado’s first licensed female African-American doctor, tells a story you’ll have a hard time uncovering at any other museum in the country. While most Black history lessons in the United Stated center around the struggles of the American South, this museum explores the role of Black Americans in settling the American West. Black cowboys are the stars here, but the museum also touches on the experiences of Black homesteaders, ranchers, miners, blacksmiths, soldiers, teachers, and more in the tale of the Wild West. 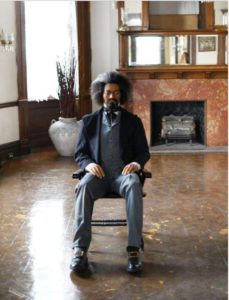 The first wax museum dedicated to African-American history, the National Great Blacks in Wax Museum displays more than 100 figures and scenes that explore history and culture on a national level, along with a dedicated Maryland room for a deeper dive into some local history. Aiming to inspire change through the education of younger generations, one of the museum’s most important exhibits is dedicated to the power and role of youth in history. The museum’s goals include dispelling myths, filling in neglected histories, and inspiring future generations by highlighting strong role models throughout African-American history.