Anne Gamble Kennedy’s 100th birthday was celebrated on September 25th, 2020 with the launch of a virtual online exhibit curated by INFEMNITY Productions on celebratelifesmoments.online, in conjunction with Fisk University. Co-sponsors include

Anne Gamble Kennedy was born in Charleston, West Virginia on September 25th, 1920. Her parents were Dr. Henry Floyd Gamble of North Garden, Virginia, and the former Nina Hortense Clinton of Zanesville, Ohio. Her mother sang and toured the United Kingdom with Frederick Loudin’s Fisk Jubilee Singers from 1900 to 1903, and played the piano. Anne received her first piano lessons from her mother, and gave her first complete piano recital in Charleston at age twelve.

Elvin, receiving a Bachelor of Music degree in 1943. Her further education included study at the Juilliard School of Music, George Peabody College, and artist training with pianist Ray Lev in New York.

In 1949, Kennedy had been engaged to appear as piano soloist with the West Virginia Symphony Orchestra in a performance of Rachmaninoff’s Second Piano Concerto. She would have been the first African American to do so. A few months before the concert, the conductor died suddenly. Her contract was canceled by the conductor’s replacement due to suspected racist sentiment. She also auditioned for Duke Ellington while he was in Charleston, who invited her to perform in New York. Kennedy was a performing artist and teacher, and launched a concert career after serving on the piano faculties of HBCUs Tuskegee Institute and Talladega College. Her career was interrupted when she accepted an invitation extended by Professor John Wesley Work III in 1950 to teach piano at Fisk University for one semester. The “one semester” resulted in Kennedy’s tenure of thirty-two years. For seventeen of her years at Fisk, she served as accompanist and piano soloist with the Fisk Jubilee Singers under directors John Wesley Work and Matthew Kennedy. In 1956 she married Matthew Kennedy in the Fisk Memorial Chapel. Their wedding was a gift from then Fisk President Charles S. Johnson. Their daughter is pianist, filmmaker, and author Nina Kennedy.

During a Caribbean concert tour in 1955, Anne Gamble Kennedy performed for the heads of state in Kingston, Jamaica; the Virgin Islands; and Port-au-Prince, Haiti, giving a command performance for President and Madame Paul Magloire.

Kennedy and her husband traveled and performed as duo pianists, and were known for their rendition of Mozart’s Sonata for Two

Pianos. She received critical acclaim for her performances of Norman Dello Joio’s “A Jubilant Song” and Undine Smith Moore’s “Lord We Give Thanks to Thee” with the Fisk Jubilee Singers under Matthew Kennedy at New York’s Carnegie Hall and the John F. Kennedy Center for the Performing Arts in Washington, DC. Her final faculty recital at Fisk in 1970 included the Liszt Sonata in B minor, Bach-Tausig’s Toccata and Fugue in D minor, Chopin’s Barcarolle, Ravel’s Valses Nobles et Sentimentales, and John W. Work’s Appalachia Suite. She also received critical acclaim for her performance of Beethoven’s Choral Fantasy as piano soloist with the Nashville Symphony and the Fisk University Choir.

In 1954, artist Aaron Douglas selected Anne Gamble for a series of portraits of distinguished Fisk faculty, commissioned by Fisk University.

After her retirement from Fisk, Kennedy was known for her performances of her own arrangement of Albert Malotte’s “The Lord’s Prayer.” She participated in community activities, including The Women’s Advisory Committee of the Tennessee Performing Arts Foundation; music consultant for the Fine Arts Committee of the Nashville Chamber of Commerce; member of “The Outing” Committee, Nashville Symphony Benefit; Vice President of the John W. Work, III Memorial Foundation; the Nashville Chapter of Links, Inc.; the American Association of University Women; and a Life Member of the NAACP. A music 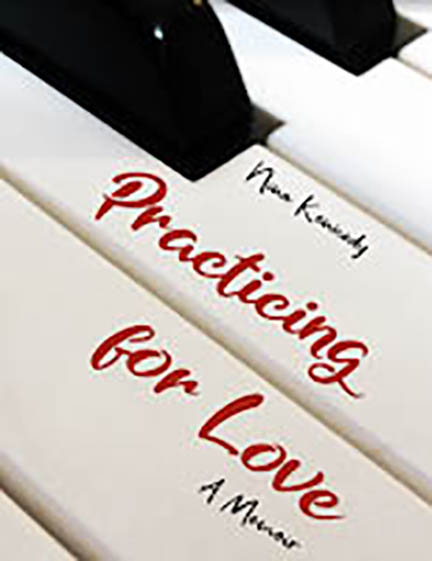 scholarship at Fisk University has been named in honor of Kennedy and her husband, titled “The Matthew and Anne Gamble Kennedy Scholarship Fund.”

Read more on the life of Anne Gamble Kennedy in the new book written by her daughter Nina titled Practicing for Love: A Memoir. Order your copy at www.infemnity.com/shop.

By Alex Williams Homecoming, one of the most treasured and highly anticipated moments for HBCU alumni and students, has been moved to a virtual setting due to COVID-19. While many knew it was coming, reality […]

NASHVILLE, Tenn. (TSU News Service) -Tennessee State University graduates look to have an advantage entering the workforce due to a $2 million career development grant from the United Negro College Fund. Staff with the university’s […]