Nashville, Tenn. — The team working to make Marquita Bradshaw the first African American elected to a statewide office in Tennessee will finish the campaign with a groundswell of grassroots support from volunteers and organizers, committed to sending a U.S. Senator to Washington who will represent working people.

Bradshaw is traveling to East Tennessee Friday to begin her final campaign push by meeting with voters in all three regions of the state heading into election day. Her travels will start with a Get Out the Vote rally in Johnson City on Saturday at 10 a.m. ET.

Following historic early voter turnout that has already seen more voters cast ballots than during the 2018 midterm election overall, the Bradshaw campaign is gearing up for a massive field operation on election day that will be led by 30 paid organizers based across the state in seven campaign offices. For the last month, hundreds of volunteers in Bradshaw’s people-powered campaign have been contacting over 250,000 voters per day through phone calls, texts and canvassing. This election is predicted to lead to the largest voter turnout in Tennessee’s history.

“I have said it before, and I’ll say it again, Tennessee is not a ‘red state,’ it’s a low turnout state, and we are changing that,” Bradshaw said. “We have 1 million more people registered to vote in this election. Even though we saw record-breaking turnout during early vote, the reality is still only about half of all eligible voters have cast their ballots. Tennesseans need to know that their voice and their vote matters this election, and I’m traveling to all three regions to deliver that message to them myself!”

The Bradshaw for U.S. Senate campaign and supporters will gather for an Election Night party at the Doubletree Hotel in downtown Memphis to watch election returns come in. Due to COVID-19 safety precautions, a limited number of attendees will be admitted to the free, ticketed event, and masks will be required.

The following is a list of public events Bradshaw will attend leading up to Election Day:

Election 2020: It’s Vindication for a lot of People

By Cynthia Anderson CNN Commentator Van Jones fought back tears in an emotional reaction to the news Saturday that Joe Biden will become the 46th President of the United States. His comments gave a voice […]

By Cynthia Anderson Nashville—More than 10,000 Tennessee voters cast their ballots for rapper Kanye West despite all indications that the rapper had zero chance of winning the 2020 presidential election. West, who himself said he […] 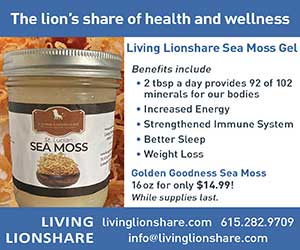