NASHVILLE, TN — While election officials were able to call the race for president in the state shortly after the polls closed, there were a few races in Tennessee where results show African American candidates had mixed results.

The state’s 11 electoral votes were awarded to President Trump. However, on Wednesday there were still nine states where a winner had not been declared. Those states had a total of 101 electoral college votes to be awarded.

Tennessee Democratic candidate Torrey Harris beat incumbent Rep. John DeBerry who ran as an Independent after he was

removed from the ballot by the Tennessee Democratic Party. Harris, who will represent District 90 out of Memphis, becomes the first openly gay African American man to win a seat in the General Assembly.

Marquita Bradshaw, the first African American woman to run for the U.S. Senate on a major party ticket in Tennessee, lost her race but made a respectable showing among voters across the 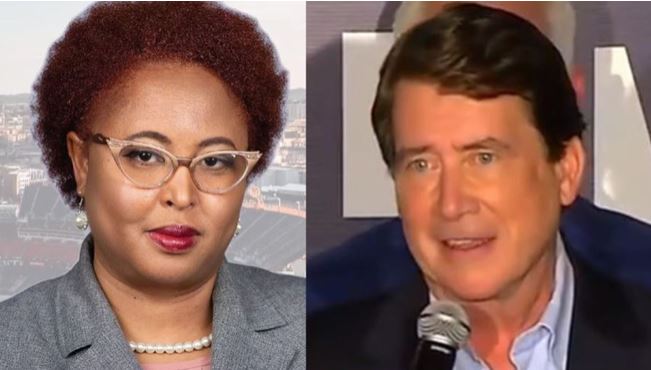 She lost to businessman and Republican Bill Hagerty for the seat vacated by Sen. Lamar Alexander by a margin of 62 percent to 35 percent. Bradshaw pulled off an upset to win the Democratic primary but was not able to pull out a second win.

Erika Stotts Pearson, who ran for the U.S. House of Representatives seat in Tennessee District 08 in Memphis, lost to Republican incumbent David Kustoff by a margin of 68 percent to 30 percent..

In another closely watched race, Republican incumbent Mike Sparks won the race against Democrat Brandon Thomas to represent the 49th district in the state House of Representatives by a margin of 53.9 percent to 46.1 percent. He also lost to Sparks in 2016. He had endorsements from U.S. Sen. Elizabeth Warren and former presidential candidate Pete Buttigieg.

John Little won the District 4 seat for the Nashville Public Schools special board election. He defeated interim board member Berthena Nabaa-Mckinney, who was appointed to fill the seat when board member Anna Shepherd died in June. Little will serve the remaining two years of Shepherd’s term which ends in 2022.

Democratic candidate Bob Freeman handily won the race in District 56 by a margin of 54.1 percent to 45.9 percent.

State Rep. Harold Love ran unopposed and will continue to represent District 58 in the General Assembly.

By Sandra Long Weaver Tribune Editorial Director Getting ready: Oct. 21, 6 a.m. – I awoke today to stories on the local news channel about the road closings around Belmont University and how difficult it […]

By Peter White NASHVILLE, TN – COVID-19 testing from mid-August to early December did little to stop a tidal wave of coronavirus from sweeping across Tennessee. By Christmas, Tennessee had the most infections per capita […]