NASHVILLE – Airbnb released a report today documenting $191 million in total spending by its guests to Nashville throughout 2016, including $74 million for the local restaurant industry alone.

Nashville has faced a recent shortage of hotel inventory, with the local hotel occupancy rate having risen from 63% in 2008 to 74% in 2015 according to Visit Music City. The expanded lodging capacity afforded by home sharing platforms such as Airbnb has allowed more people to responsibly and authentically experience Nashville and infuse additional spending for the local merchant community — particularly during peak weekends where hotels sell out.

Airbnb and its local host community remains engaged with Nashville policymakers towards clear, fair rules that would allow the merchant community to continue benefitting from the influx of responsible, family-friendly tourism.

The report and spending breakdown is available by clicking image below: 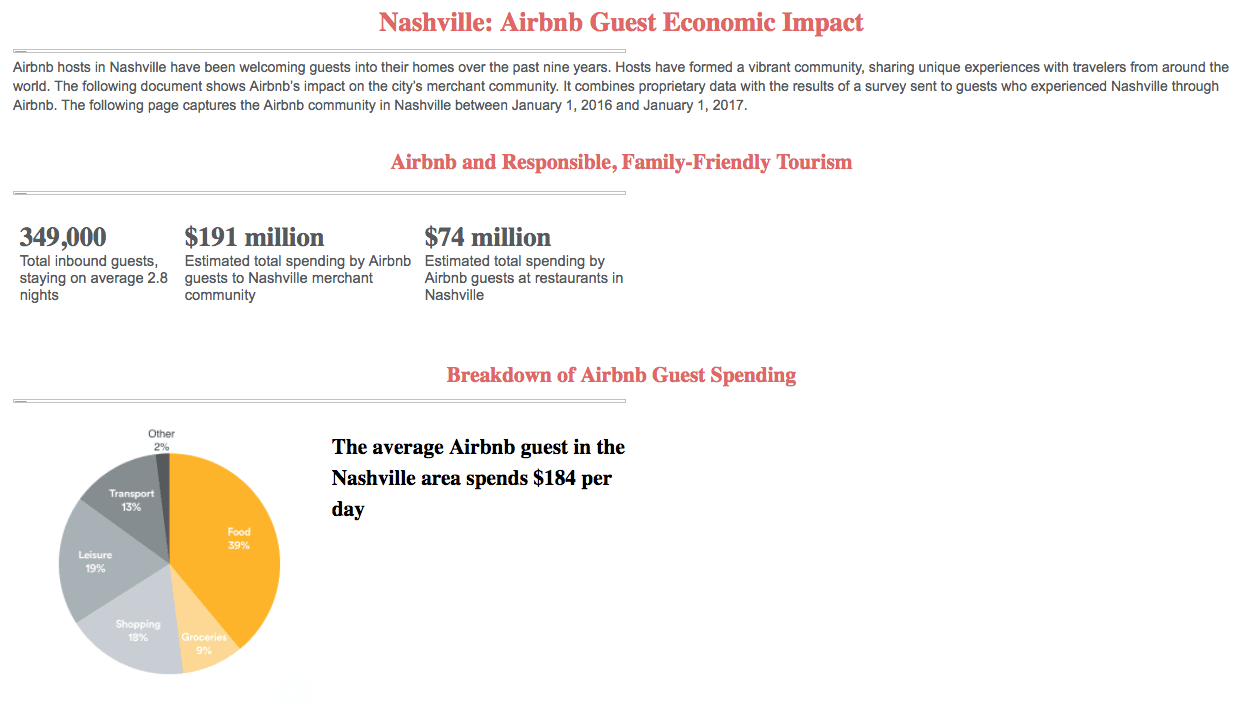